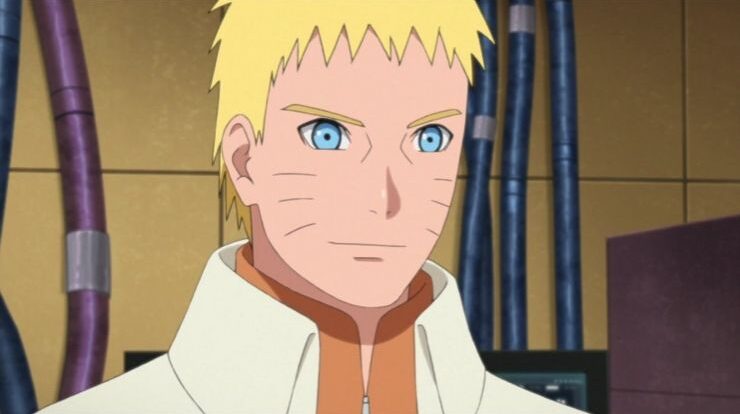 Despite not having actually shown it, Naruto is now capable of using all 5 basic nature transformations possessing affinity for wind release (this has always being the case). In base he doesn’t have access to his six paths senjutsu techniques but he can still use his clones, (multi-shadow clones), giant rasengans like the one against Momoshiki (we all saw its destructive scale) and he can use them in dozens with clones if he wills at the same time. He can also use Rasenshurikens (which are even more powerful).

Naruto was never proficient at Genjutsu, be it casting it or breaking out of it. However the more he gained powerups he became more and more immune to it. As a perfect jinchuriki, only genjutsu that traps both him and Kurama will work. He then went on to acquire Rikudo Chakra (the immensely powerful chakra of the Sage Of Six Paths himself) which now amps his base and thus hardly any genjutsu will work against him. He now only lacks the ability to cast genjutsu which is normal since it has never being his speciality anyway.

Naruto is also now incredibly fast in base unlike at first. During the battle against Momoshiki we saw how the other Kage were easily speed blitzed by Momoshiki. On the other hand Naruto was actually able to prevent any form of blitz from the latter in base. Then there’s the attack He and Sasuke did in unison still in base form, in an instant getting to Momoshiki before executing their attack. This was before they got serious. These speed feats were very brief but enough to rate.

Many of Naruto’s ridiculous strength feats are usually when he’s in a mode but there’s one strength feat that trumps almost all the others and he was in base. In Naruto: The Last Movie in his battle with Toneri after a back and forth exchange, Naruto reverted back to base and instead chose to use Chakra Enhanced Strength i.e. focusing chakra into his fist to punch the hell out of Toneri. The punch was powerful enough to send Toneri flying hundreds of meters, revert him back to base and in the process enough to create a crater on the moon’s crust.

Even as an adult and as the Hokage, Naruto still appears goofy but there’s no doubt that he’s more intelligent now than he’s ever been. He now has a lot of knowledge, and although was always quite unpredictable in battle, is much clever now. We haven’t seen him using even a single clone to execute his strategies in any of his battles in Boruto as he always did in Naruto, yet he still plans out his strategies very well as seen against Delta. He kept holding back to test his limits and to make sure he doesn’t hurt his children and the village. After knowing everything he needs to, he immediately went for the kill.

In base Naruto doesn’t have access to his ultimate defense “Kurama Avatar” and thus can be very vulnerable to attacks. The only defensive method he can make use of in base is using clones to shield himself from attacks. His clones have always being able to do this since the opponent will have to first take care of them before getting to him. Against Neji in Part One, against Pain and even against Kaguya where he used thousands of clones to keep stalling against her and protect his main body and she was unable to actually get rid of all of them in time.

Having a contract with the toads and Mount Myoboku, Naruto can summon them at any time to aid him in battle. He could use them for several purposes, to execute the foot cart destroyer technique, to aid directly in battle, which they could do independently of the summoner. Naruto should be able to summon more than one if he was to. However, with the power he now possesses I doubt he will actually ever need to use a summon.

Even in base without access to his Sage Chakra or Kurama’s Chakra, Naruto’s reserves are still godly. He still has his monstrous base reserves which has grown considerably since the war and he also has Six Paths Chakra amping his base. His base Chakra Reserves is therefore still more than that of any shinobi in Boruto. His stamina is also top notch as it is always being; able to house Kurama, able to battle for days etc.

From the stats we can see why Base 7th Hokage Naruto is so powerful. Asides from Genjutsu and Defense his ratings are top notch in all the other areas. Let’s continue to determine how strong he is.

What Tier is Base 7th Hokage Naruto Uzumaki?

We know that Base Naruto is amped with Six Paths Chakra, has godly Speed, Taijutsu, Strength and the scale of his Ninjutsu is still immense. So he must be God Tier in base. On the other hand, although he can still heal in base and is very durable, he lacks a powerful defense and doesn’t have the immense healing and durability of Six Paths Sage Mode. So on one hand he will easily handle anyone who isn’t God Tier and can take some God Tiers but will not be able to handle the higher God Tiers with the weaknesses stated above. So to balance everything, I think Hokage Base Naruto is “Low God Tier” at the top of it. In the same tier I have people like “8th Gated Guy and Kinshiki Otsutsuki”.

First of all, anyone who isn’t God Tier doesn’t have any chance against this version of Naruto in my opinion, so it all comes down to the God Tiers. Base Naruto will be able to beat the Low God Tiers. Unlike Guy and Kinshiki, he has Ninjutsu which will finish them off. He could have a chance against Mid God Tiers but loses more times than not against someone like Juubito. Against DMS Kakashi he can easily lose since he will not be able to sense a blindside attack but on the other hand can easily outlast the latter. He loses to the war arc Rikudo versions of himself and Sasuke. So all in all Hokage Base Naruto beats the Low God Tiers, loses more than wins against Mid God Tiers and loses completely to the High God Tiers.

That is it from today’s post on How Strong is Base 7th Hokage Naruto Uzumaki?. If you do not agree with the points in the post and have some of your own opinions, share them with us in the comments section down below. Keep visiting Animesoulking for more information about Anime and Manga.

Chandan is the writer of “How Strong is Base 7th Hokage Naruto Uzumaki?”. Also, Connect with me on youtube and Facebook.