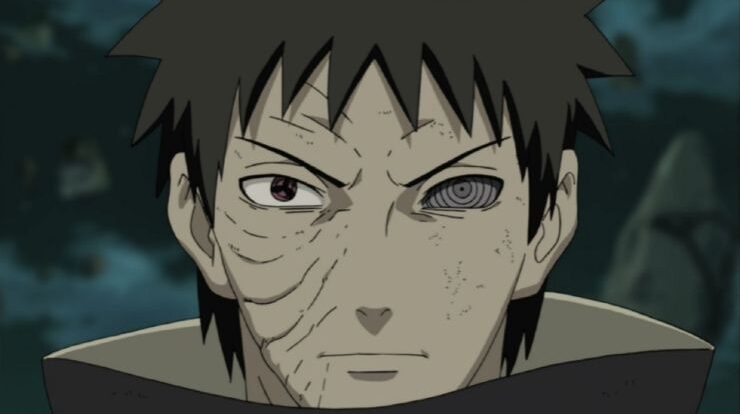 Already possessing Ninjutsu techniques such as Fire Release, Wood Release and his very own unique jutsu; Kamui, with the Rinnegan Obito could use all 5 Basic Nature Transformations, the Rinnegan’s Outer Path, Barrier Ninjutsu, and managed to create his own Six Paths which allowed him to control dead Jinchuriki and their Tailed Beasts thus able to fully make use of their abilities.

Obito has always proved himself to be a genjutsu specialist. He could execute genjutsu powerful enough to put the 9 Tails; Kurama under his control. It is also known that he managed to use genjutsu to control Yagura, who was a Perfect Jinchuriki although it is unknown how he did it. He could also use Izanagi which is classified under genjutsu but this time the user casts it on himself instead of other people. He will then use it to rewrite unfavorable events.

Obito has shown himself to be very skilled in Taijutsu. We only saw his immense skills once, in his duel with Kakashi but it was enough proof of his skills. Throughout the exchange he was mostly on par and at times even gaining the upper hand on Kakashi. We all know Kakashi is all round shinobi, skilled in everything and was always ahead of Obito in every aspect when they were kids. This feat is therefore a very impressive one for Obito.

Obito isn’t really known for his physical strength but he has shown some very impressive physical feats. He was physical enough to lift Konan by the throat using a single hand. Another very impressive feat was when he managed to block an attack from Zabuza’s blade executed by Suigetsu using one hand only.

Obito didn’t appear intelligent at all as a kid. As a matter of fact he wasn’t that bright and his progress was quite slow. This changed however the movement he was introduced again as an adult. He actually showed that he was a good battle strategist, very knowledgeable, and very manipulative. He succeeded in manipulating Nagato to do his bidding. The change shouldn’t be strange since he was under Madara’s tutelage for a long time.

Obito has his very own unique ultimate defense; Kamui. It isn’t a physical construct or something of such but it still allows him to avoid attacks. Kamui allows him to become intangible to attacks thus making them pass through him (although it is actually him transporting whatever part of his body is in danger to the Kamui dimension and back). All he needs to do is react in time before an attack gets to him. The opponent therefore has to surpass his reactions or possess counters for Kamui in order to touch him.

Possessing the Rinnegan, Obito has access to the Outer Path which allows him to summon the Gedo Statue for battle or other purposes. He can use it directly in battle by feeding it chakra as seen when he used it to attack a section of the shinobi alliance. He can also make use of its chains, which are powerful enough to restrain Tailed Beasts as we’ve seen several times.

Obito possessed high chakra levels and stamina. His chakra and stamina increased with Hashirama’s cells and the White Zetsu matter which were attached to his body. This allowed him to use high chakra taxing techniques without running out of chakra. His stamina was enough to handle the Rinnegan and battle throughout the entire shinobi war before getting exhausted.

From the stats we can conclude that Rinnegan Obito was well rounded, possessing both fire power and versatility. Let’s continue to determine how strong he truly was with the Rinnegan.

What Tier is Rinnegan Obito Uchiha?

There’s a lot of people who think Rinnegan Obito is no different from Mangekyo Sharingan Obito which is quite funny. Maybe if we are talking about physical capabilities only then the statement might be true but not quite since the Rinnegan enhances chakra which is why the user is able to use devastating techniques. Rinnegan Obito with 6 Bijuu and all their firepower, Kamui, Wood Release, Gedo Mazo will without a doubt be in my “Legendary Tier”. This is the tier just before the God Tier and it is quite fair considering all the power in his arsenal.

I put him in Legendary Tier because if we look at the tiers below, he is a lot superior to them. He should beat Nagato, EMS Sasuke and Bijuu Mode Naruto with varying levels of difficulty. On the other hand while he has a chance, he should lose to Bijuu Sage Mode Naruto and Edo Bijuu Mode Minato. As for the other Legendary Tiers; Hashirama and Pre Jinchuriki Madara, he should lose totally.

That is it from today’s post on How Strong is Rinnegan Obito Uchiha? If you do not agree with the points in the post and have some of your own opinions, share them with us in the comments section down below. Keep visiting Animesoulking for more information about Anime and Manga.

Chandan is the writer of “How Strong is Rinnegan Obito Uchiha?”. Also, Connect with me on youtube and Facebook.