You can expect jump scares, psychological tricks, lots of uncanny valley creepiness, and, most importantly: lots of exciting, fun gameplay to take you from one nightmare to another! Well, let’s go to the list.

Let’s start with the good old Resident Evil – probably the best-known series in the genre. If you’re overwhelmed with the number of entries and don’t know which Resident to choose, the latest: Resident Evil Village would be the best pick.

After taking a little turn into the more action-oriented territory, the series is now back to its survival horror roots. So yeah, no punching rocks or jumping off exploding helicopters this time – Resident Evil is scary again.

Outlast is like a horrifying game of hide-and-seek. While playing the game, you’ll have this constant feeling that something evil is sneaking around the corner. And when it actually does, there’s no possible way to fight with the enemy – the only viable option here is to run and hide – in a locker, under the bed.. wherever you can. This feeling of defenselessness really adds up to the atmosphere.

Bloober Team, the creators of The Medium, can now be considered real horror veterans, after delivering such great titles as Layers of Fear, Observer, and their most ambitious project yet, which made it to this list.

A psychological horror game featuring unique dual-reality gameplay, hard-hitting story, and soundtrack co-composed by the legendary Akira Yamaoka, who worked on one of the most popular horror series: Silent Hill. Oh, and speaking about Silent Hill…

Yes, the game is old like hell BUT it’s an absolute classic and nothing really comes close to the atmosphere created in Silent Hill 2. Don’t know if it’s the thick fog, the music, the twisted monster design, or the deep and emotional story but this game really just hits different.

Imagine getting a letter from your late wife, inviting you to your “special place”. Would you go? Yeah, I thought so, but James… well, he’s just something else.

This one’s a real success – not yet fully released, but already listed among the greatest modern horror games. Phasmophobia is a co-op game but don’t let it fool you! The fact that you’ll be sharing the experience with your buddies doesn’t make it any less scary! If you’re in for a ride, grab your paranormal activity investigator kit and get ready for your heart to race like crazy!

If you’ve played Playdead’s Limbo or Inside, you can expect a fairly similar experience. Both Little Nightamares are creepy puzzle platformers, featuring tons of clever environmental puzzles and an unnerving atmosphere!

You’ll play as a little kid (Six or Mono depending on the game) trying to escape from a strange, nightmare-like realm. If you happen to think that a platformer can’t be scary, Little Nightmares will prove you wrong!

The newest game on the list. And as you can see in the footage, this is some top-grade nightmare fuel! I mean everything in this game feels out of this world, and well… pretty disgusting! This atmospheric horror looks like it’s taken straight out of H.R. Giger’s or Zdzisław Beksiński’s paintings. If you’re feeling like exploring a new, very original (and very gross) world, just pick up Scorn!

This one is heavily inspired by the mid 90’s teenage horror flicks like Scream or I Know What You Did Last Summer. If you’ve happened to see those, you know what to expect. There’s a group of teenagers, a killer and most of them are going to end up dead by the end.

What’s interesting here is that you can take control over all the main characters and your choices define who survives or not, so yeah it has a ton of replay value. It’s still a PS exclusive but with most of them landing on PC lately, I guess it’s reasonable to expect the same with Until Dawn.

Let’s say you grew up playing on PS1 and want to experience a horror game similar to those old-school titles. Happy to report that Murder House has it all: flat textures, janky tank controls, questionable voice acting, and retro-sounding OST! And the game’s great! It’s about a news crew shooting a documentary about the infamous Easter Ripper in an old, abandoned house. What could go wrong, right?

As the title suggests, that’s a horror game set in space. You play as Isaac Clarke investigating a mining ship, USG Ishimura. The crew is dead, your partner Nicole is missing, and you have to solve everything yourself. Plus, if it wasn’t enough, there’s a twist: the ship is crawling with hordes of monsters. I wholeheartedly recommend playing all the Dead Space games but make sure to start with the first one!

How do you like it? Have you played any of those games? Would you like to add some of your favorite spooky titles?

That is it from today’s post on Top 10 Horror Games To Play This Halloween. If you do not agree with the points in the post and have some of your own opinions, share them with us in the comments section down below. Keep visiting Animesoulking for more information about Anime and Manga.

Chandan is the writer of “Top 10 Horror Games To Play This Halloween”. Also, Connect with me on YouTube and Facebook. 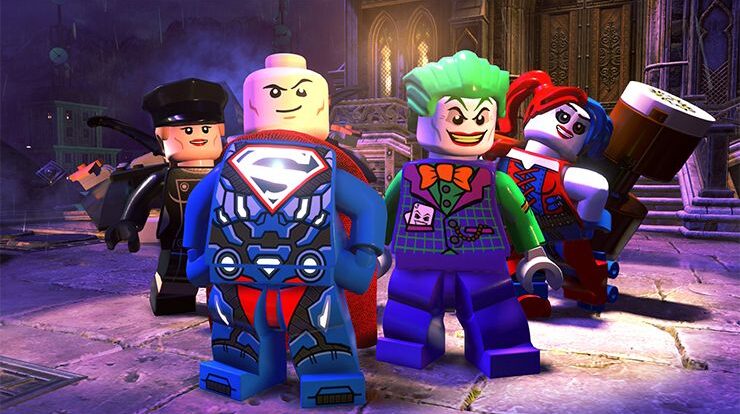