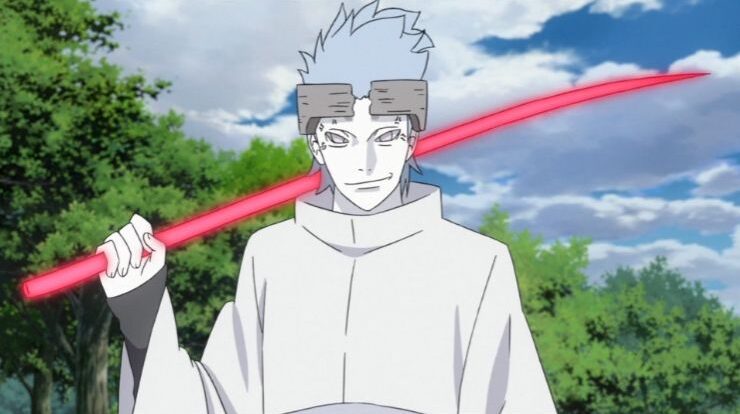 Indra is the eldest son of Hagoromo Otsutsuki and he inherited the latter’s visual prowess. Indra only went as far as the Mangekyo Sharingan but his immensely powerful chakra made the eye godly and it could no longer be seen as an ordinary Mangekyo Sharingan. He created Ninjutsu and was well versed with a variety of techniques. His Mangekyo Sharingan allowed him to use Perfect Susanoo and strong enough to battle his younger brother Asura Otsutsuki on numerous occasions including when the latter had obtained Six Paths Senjutsu given to him by their father.

Asura was the younger brother of Indra Otsutsuki, initially not as strong as the latter but eventually caught up and surpassed him. With immense training he awakened the power he inherited from his father i.e. his father’s physical prowess “The Body”. That wasn’t all though as his father deemed him worthy of being the successor of Ninshu and thus blessed him with Six Paths Sage Mode which granted him access to Six Paths Senjutsu Techniques, a power that allowed him to eventually defeat his brother Indra.

Urashiki using a jar was capable of stealing the abilities of other people and use them as though they were his. We have seen him battle against Gaara and Chojuro. He may or may not have underestimated them but they proved capable of handling him. Before retreating however, he was seen with a 6-Tomoe Rinnegan similar to Sasuke’s which should tell us that he is likely much powerful than what we saw.

Toneri awakened the Tenseigan which gives him access to a chakra mode, Hamura’s golem and abilities that are similar to the Rinnegan’s. These allowed him to battle against a version of Naruto that had become much more powerful than he was in the war and showed some incredible feats. In Boruto we see him getting handled easily by Urashiki but it doesn’t really take away anything since he was only a shadow of himself at this point i.e. without the Tenseigan.

Kinshiki was shown to possess immense physical strength, speed and taijutsu (kenjutsu skills). I will say most of Fused Momoshiki’s closed quarters combat abilities come from him. He gave 3-Tomoe Sasuke a really good hand to hand battle with Sasuke having difficulty handling his incredible physical strength. His only low point is that he doesn’t seem to be well versed in Ninjutsu, considering we didn’t really see him using Ninjutsu Techniques even when he was cornered during his battle with the Kage.

Hamura was the brother of Hagoromo Otsutsuki. He played a crucial role in the sealing of their mother and at this point he was close to Hagoromo in power even if he wasn’t outrightly his equal. He later became even more powerful by awakening the Tenseigan which is a very powerful dojutsu just like the Rinnegan. If we look at Tenseigan Toneri and all the powerful abilities in his arsenal and knowing that Hamura even without the Tenseigan was already much stronger than that version of Toneri, then we can imagine how powerful Hamura was in his prime. He could make use of the Truth Seeker Orbs like Hagoromo which suggests he likely could use Six Paths Senjutsu just like Hagoromo.

Upon fusing with Kinshiki, Momoshiki became fast and strong enough to take on the combined force of the adult version Naruto and Sasuke. His power allows him to absorb all Ninjutsu and return it back at a greater magnitude making Taijutsu the most plausible way of defeating him. Of course Naruto and Sasuke weren’t at full strength but taking on these together and doing really well as not something many people can even attempt to do. Still despite all his hype, they still managed to handle him without their full strength.

Hagoromo is popularly referred to as the Sage of Six Paths. He was the first person to awaken the Rinnegan and could use Six Paths Senjutsu. Even the concept of Six Paths Chakra originated from him. Together with Hamura they could seal their mother and he later sealed the Ten Tails within himself to become its Jinchuriki. As the Ten Tails Jinchuriki he was at his most powerful (2 Really Powerful Rinnegan + The Ten Tails). Before his death he split the Ten Tails into the 9 Tailed Beasts we know today. The power we see Naruto and Sasuke using today are from him and he is the reason they are so powerful.

The mother of Hagoromo and Hamura and the progenitor of chakra. It took Hagoromo and Hamura a very long battle before they could seal her. She possessed the most powerful eye “Rinne Sharingan” with the Rinnegan and Sharingan being just watered down versions of it. The Rinne Sharingan allows her to create dimensions and move within them instantly and it allows her to cast the most powerful genjutsu “Infinite Tsukuyomi”. Every power of hers is Kekkei Moura and the Ten Tails is also her power. It took DMS Kakashi, Obito, Six Paths Sasuke and Naruto to successfully seal her again whilst weakened and not in her prime.

He is said to have originally come to earth alongside Kaguya before the two wil split up. He will then pass his Karma to Jigen who will become his vessel. His power is actually so overwhelming that, Jigen’s body is unable to handle all of it. This might be the reason he had prepared Kawaki to become his next vessel. Not forgetting his physical prowess. As we all saw, Naruto and Sasuke were no match for him physically. He was able to kick them out of their avatars which is crazy. He didn’t even bother to use any ability and instead went physical. So, we’ve seen Isshiki’s feats; how he effortlessly dealt with our duo.

That is it from today’s post on Top 10 Strongest Otsutsuki Clan Members. If you do not agree with the points in the post and have some of your own opinions, share them with us in the comments section down below. Keep visiting Animesoulking for more information about Anime and Manga.

Chandan is the writer of “Top 10 Strongest Otsutsuki Clan Members”. Also, Connect with me on youtube and Facebook.