Home Naruto/Boruto How Strong is Base Hashirama Senju? | Naruto Shippuden 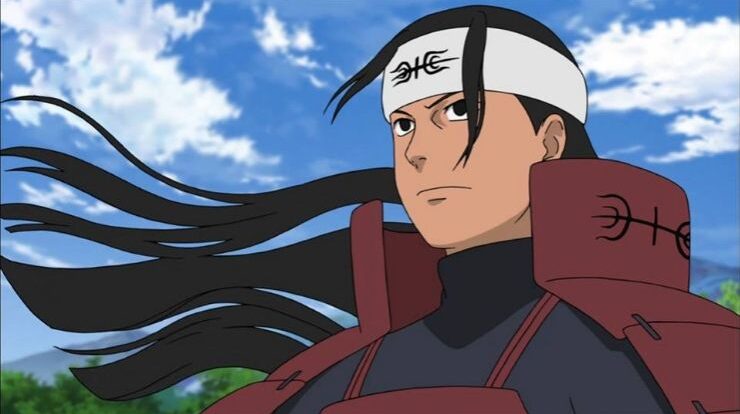 Hashirama could use all 5 basic nature transformations and was highly proficient in earth and water release where he used it to perform his signature Kekkei Genkai “Wood Release”. Wood Release give him access to a variety of techniques. In base he could use Deep Forest Emergence, Wood Golem, Wood Dragon and could create Wood Clones. He was skilled in Barrier Ninjutsu and the scale of all his techniques were simply overwhelming.

Hashirama could perform genjutsu, possessing a technique known as Bringer of Darkness where he casts an illusion of darkness upon an opponent to take away their sight, allowing him to attack an opponent unseen. When he was reanimated by Orochimaru back in part one, he used this technique on Hiruzen. It is very powerful and unless the opponent can rely on other senses other than sight, they will be in a lot of trouble.

Even in base Hashirama possessed incredible Taijutsu. We saw many hand to hand exchanges between him and Madara and he was more than capable of keeping up, despite the latter possessing the Eternal Mangekyo Sharingan which predicts movements allowing the opponent to react accordingly. He was also skilled in weapons which he would use to engage Madara and battle on par with him.

We all saw how fast Madara was when he was reanimated and revived. Upon regaining his past physical strength, he was able to blitz someone as reflexive as Sage Mode Naruto. Because he was so fast Naruto could not move out of the way and was forced to block. We have not seen speed feats from Hashirama but we are aware that he could keep up with said Madara’s speed in base form which is very impressive. This will mean his base speed alone more than most.

Hashirama is one of the few people who could successfully master Senjutsu and enter Sage Mode. He is the co-founder of Konoha and became its First Hokage and being very experienced, he possesses a lot of knowledge about the shinobi world. He’s also very good in battle, using whatever attack is necessary to counter his opponents techniques as seen in his battle with Madara. One notable feat was when he summoned the Rashomon Gates and used them in a way that they would deflect a Tailed Beast Bomb towards the sea to avoid massive damage.

Hashirama can use the summoning technique where he would summon the Rashomon Gates for defense and it certainly provides an incredible defense. It is mainly a defensive technique however and unlike the animal summons who can aid the summoner on their own and fight independently, it only serves one purpose.

Hashirama is one of the reincarnations of Ashura Otsutsuki and he inherited Ashura’s powerful and huge chakra reserves. During the war, after seeing Naruto distribute his and the Nine Tails Chakra to the entire Allied Shinobi Forces, Hashirama claimed that Naruto’s and Kurama’s chakra was almost as much as his. This proves that his chakra is easily Tailed Beast level but not any kind of Tailed Beast. His reserves should be close to that of Full Kurama whose chakra reserves dwarfs that of the other Tailed Beasts.

Due to his immense life force Hashirama possessed enough stamina to fight nonstop for a 24 hour period against Madara while still being able to keep going. His body was brimming with vitality, granting him considerable regenerative powers that could mend most injuries with no residual effects. This stamina of his can only be matched by a few shinobi.

We can clearly see that even in his base form Hashirama is still high up there in almost every single stat department. An indication that his base form outmatches even the full power of the majority of characters in the series.

In Which Tier is Base Hashirama Senju?

To be very straightforward, Hashirama’s base form is only surpassed by that of Adult Naruto and Sasuke whose base forms are still God Tier due to Six Paths Chakra. Hashirama’s base form was still strong enough to battle Eternal Mangekyo Sharingan Madara and have the advantage. So, even though he is in the Legendary Tier in Sage Mode, I will still put his base form in the “Legendary Tier” but around the low/mid end which has Eternal Mangekyo Sharingan Madara, Bijuu Mode Minato and Bijuu Sage Mode Naruto. While in Sage Mode he’s near the top with Revived Rinnegan Madara being at the top.

As already stated, Hashirama in base held the advantage against Eternal Mangekyo Sharingan Madara. Without Kurama Madara’s strongest asset was Perfect Susanoo and the Wood Golem was already more or less a match for it. Now adding the other wood techniques which he could use in base will certainly not be easy for Madara to handle, so Eternal Mangekyo Sharingan Madara is the strongest he can beat in base. The weakest who should beat him is Bijuu Mode Minato, Kurama’s roar wiped out Deep Forest Emergence and a Tailed Beast Bomb destroyed the head of Wood Dragon despite its chakra suppression capabilities which proves that the bomb was too much to handle. Minato has all of that in his Bijuu Mode plus the hax Flying Raijin jutsu and the ability to make numerous clones will help him get around Hashirama’s techniques.

That is it from today’s post on How Strong is Base Hashirama Senju?. If you do not agree with the points in the post and have some of your own opinions, share them with us in the comments section down below. Keep visiting Animesoulking for more information about Anime and Manga.

Chandan is the writer of “How Strong is Base Hashirama Senju?”. Also, Connect with me on youtube and Facebook.