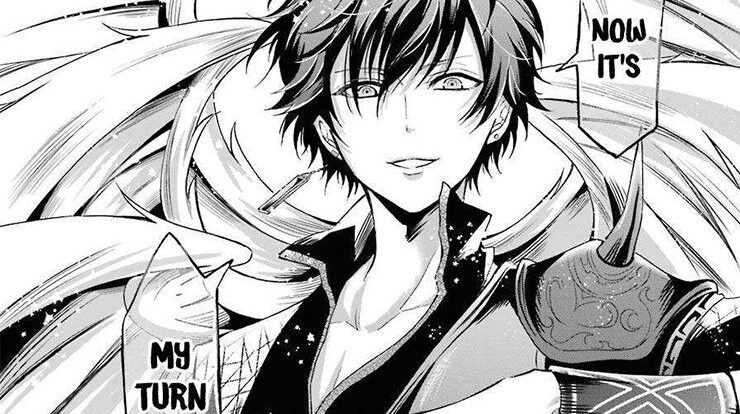 Chrono, a country bumpkin, goes to study at a prestigious school connected to the Demon King’s Castle. He wants to keep a low profile and has a normal school life.

But surprise, surprise.. he has a groundbreaking performance in his first test and attracts the attention of not only his gorgeous classmates, but the Demon King herself. Then, the Demon King asks him to explore a dungeon and find a treasure.

This is a world where you can contract with God and gain skills. Yuno has trouble controlling his overwhelming power and decided to suppress and hides it. Because he didn’t want to show his power, in the magical knight academy, he’s called as an incompetent.

One day he has a fateful encounter with an unnamed goddess who was despised as “incompetent” like himself… He decided to make contract with the goddess and named her [Athena] and started to use his power little by little.

Rosewood Academy, an academy made to help heroes-in-training inspired by the Legendary Hero who defeated the Demon King. One day, there’s this weirdo named Blade that just started to enroll into this school. Even tho he is a weirdo, he holds a really tremendous power. Who is he? What is his real identity? Spoiler aler, he’s the Legendary Hero.

A story about Alusu Reigin who is the strongest magician in the country at the age of 16. he now wants to retire, but the governor is reluctant to let him go. so he proposed that Alusu enroll the magic academy to learn to “live like a normal person”. Alusu now has to attend the magic academy while hiding his real power as a harem of beautiful girls throw themselves at him despite him showing zero interest in them.

No, I’m not making this up, it’s from the original description of the manga lol. Sadly this one gets cancelled, but it has a reboot version.

5. The Iceblade Magician Rules Over the World

One boy, Ray White, decided to enroll as the only wizard from an ordinary family. He enrolls into The Arnold Magic Academy, a prestigious school that has produced a lot of great wizards. Of course he gets looked down because of his commoner status. But plot twist, he actually is the iceblade magician, the strongest of the seven great wizards in the world. So.. why is he hiding his identity?

An aristocratic daughter gets saved by a mysterious ikemen from the goblin, phew. He’s named Lou Brandel, a genius wizard with a talent of thousands of years. Then the girl asks him to become a teacher at the Magical Girls Academy. A teacher at magic school full of girls? Nice!

3. Monogatari no Naka no Hito

A young noblewoman is being chased in the forest and get rescued by a mysterious man. Hmmm… sounds familiar. Despite the fact that he is clearly skilled in magic, after he heard she’s enrolled to a magic school, he’s really interested in it, and wish to go to the same school. he even go as far to alter his appearance to look young so he can attend the school. Man.. I wish I can do that.

This is a wold where “Classes” are given to the child at the age of 10. Arel, is the son of “Sword Princess” Fara and “Magic King” Leon, but when he get his class, he has been branded as “Classless”… Don’t worry, he won’t stay weak for long. After working really hard, he becomes really strong, even without a job or skills.

1. Kage no Eiyuu no Nichijou-tan

The ace of the “Agency” in the dark side of kingdom, a person who works behind the scene, managed to defeat the Demon Lord. Now that it entered a peaceful era, the organisation he works for is dissolved. He then wants to live a normal life and enrolled into a magic academy. Why is this at number 1? Because the main character is a badass and a chad. he even tries to pick-up a girl at a certain chapter.

That is it from today’s post on Top 10 Magic School Manga With Overpowered MC. If you do not agree with the points in the post and have some of your own opinions, share them with us in the comments section down below. Keep visiting Animesoulking for more information about Anime and Manga.

Chandan is the writer of “Top 10 Magic School Manga With Overpowered MC”. Also, Connect with me on youtube and Facebook.