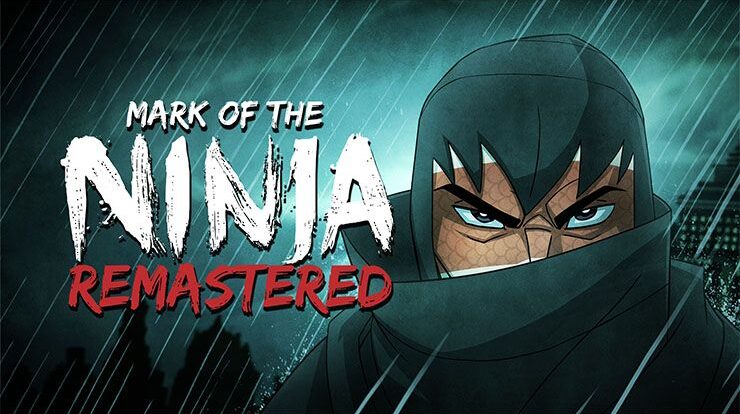 The action role-playing stealth game is set in a futuristic world of 2029 after a fictional Human Revolution. Mankind is divided into two categories, normal humans and humans with advanced and controversial artificial organs said to be augmentations. The augmented humans have been segregated and now it’s a heated environment all around.

In the game, you will be controlling the main protagonist, Adam Jensen, equipped with advanced new augmentations after the human revolution. Jensen is a double agent for the hacker group Juggernaut Collective to expose the Illuminati. Fight those cruel humans with your preferred style; go gun blazing in the crowd or navigate through covers to complete missions.

Along with the main story, the player can take part in side quests to earn experience points to unlock new weapons, abilities, and equipment. There is also a breach mode where you will be hacking the Palisade bank data. But for what? Find out!

Splinter Cell: Blacklist is a picture-perfect stealth game published by Ubisoft in 2013. The game looks quite simple, you need to complete missions and objectives. However, the return of the asymmetrical multiplayer mode Spies Vs. Mercs adds to the fun.

In the game, you play the role of Sam Fisher, a spymaster working for the Fourth Echelon. You must stop the Engineers, a group of terrorists, from coercing the United States into recalling their troops, anyhow. You wanna go aggressive or sneaky. The choice is yours. You can either complete missions using the stealth feature and by not being noticed by the enemies or simply by taking them down.

For me, the second one works well! Catch enemies and interrogate them to know hidden secrets, and whether you spare them or kill them after that, it’s all on your mood! I go the second way!

Alien: Isolation is a survival-based horror game that is based on the original Alien film series of 1979. The players take control of Amanda Ripley, the daughter of the protagonist of the Alien film, Ellen Ripley. Her mother has disappeared aboard the space station Sevastopol and she must find a way to get out of there.

Explore the space station while escaping, outsmarting, and fighting enemy aliens, hostile humans, and androids all while keeping yourself away from the Alien pursuing you everywhere. He can’t be defeated. And all you can do is use the flashlight or the motion tracker to keep track of him, that’s it!

I would love the game much more if there were a love story in the game, but just like my personal life, I don’t have one here as well. Haha!

The king has been dishonored from his throne and now it’s time to reclaim it back. But at what cost? No one knows! Dishonored 2 is an action-adventure stealth game that revolves around the story of Empress Emily Kaldwin and her father Corvo Attano as they head on their quest to reclaim their throne.

The player can control one of the two characters; Emily or Corvo and use their supernatural abilities to complete missions and continue the story. But why don’t you forfeit the superpowers and fight for the throne on your own, it’s more fun! The game includes both non-violent stealth gameplay and super intense combats, whatever you like.

You can also purchase new upgrades from the black market shops on different levels by coins earned from completing side quests. It’s your throne, and you must fight for it, till your last breath!

How can we dare to end our list without including any zombie game in the list? Haha! So here it is; Last of Us is a perfect action-adventure game that makes amazing use of stealth features in the game. The game follows the story of Joel, a smuggler who is tasked to escort a teenage girl, Ellie, across a post-apocalyptic New York when a mutated fungus has infected everyone.

You must take her from there, alive. Use stealth to avoid hostile humans, zombies, and other cannibalistic creatures. But when you have a fight, you must fight. The game introduces an online multiplayer mode, Factions, that allows up to 8 players to gather up and fight for victory using high-tech weapons and hand-to-hand combats.

Players can use the Listen Mode to locate enemies from a heightened sense of hearing and spatial awareness for defeating them without involving in confrontations. Do whatever you have to, but make sure you take Ellie out of the town, alive!

A game made on raccoons, the well-known master thieves. Sly Cooper: Thieves in Time is a stealth game based on raccoons that will keep you attached for hours. The game takes you to a fictional world full of anthropomorphic animals where you will be playing as Sly Cooper, a raccoon from a long line of master thieves.

You must reunite with your gang to repair the Thievius Raccoonus, a mysterious book affected by a time traveler villain. Like a real raccoon, you can navigate through poles and bridges, jump across narrow lanes, and steal items from guards. As you move forward in the game, you get amazing awards like magical clothes to slow down time and archery outlift to create arrow ropes.

Along with the main character, you can also control Bently, Murray, and Carmelita Fox and use their powers to complete your missions. So, are you ready to experience a thriller raccoon story?

We love doing ninja things. For example, I am writing this script at 2 am while having coffee. Well, isn’t it a ninja thing? LOL! Forget that and let’s talk about the game. Mark of the Ninja: Remastered is a fabulous side-scrolling stealth game released by Microsoft Studios that goes around the conflict of ancient ninja techniques and modern-day technology.

Well, what do you think is better, the ninja technique or the technology we are using today? In the game, you will be playing as an unknown ninja who needs to sneak through different environments while staying out of the guards’ sight. And when it is necessary, he needs to kill as well!

Defeating an enemy from the front is okay, but that One-shot Kill from the back gives me a different kick. But beware, once you are spotted, you are dead. Almost!

Aren’t sniping games the best stealth games of all? I don’t know about others but Hitman 3 is one of the best of all for sure. This pure stealth game was released by IO Interactive and is the final installment of the Hitman series. In the game, you play as Agent 47, who is on his way to hunt down the leaders of the secretive organization providence along with his allies.

The one who brought them into this profession. Apart from physical battle, it’s an emotional fight as well. Like the previous games in the series, the players need to complete 6 levels of which 5 are open-ended sandbox levels. You can navigate across different maps seamlessly and complete assassination contracts to unlock new weapons, clothes, and equipment.

Players of Hitman and Hitman 2 can even import their progress in the third part as well! That’s great news, isn’t it? Hold your sniper and wait for the perfect aim, and BOOM, HEADSHOT!

An old-school stealth game that was real fun for the 90s kids. Yeah, that’s what the Thief 2: The Metal Age is all about. Thrill, suspense, action, and religious conspiracy. The game has everything! Playing the character of a master thief Garrett, you will be unrevealing a dark conspiracy related to a new religious sect. But everything must go silently.

Hide yourself from guards and enemies to complete your missions. But once you are visible to them, there must be a fight. You can use melee weapons such as blackjack, bow & arrow, or sword to fight guards and complete the 15 exciting levels of the game.

Along with blackmailing and frameups, the players can steal valuables for buying exclusive thieving gears. Unreveal the secret conspiracy as you like, but make sure no human dies. Because if one does, you fail!

Gunpoint! A real-life hack to make people do whatever you want. This is a stealth game set in the futuristic world where you will be a freelance spy, Richard Conway. You must infiltrate buildings to fulfill your clients’ assignments to earn money and life. But you are not that gunblazer type dude. You need to do everything silently, staying away from the guards’ sight.

Complete simple yet fun missions by bypassing security using your high-tech tools. Conway wants to get his name cleared from a high-profile weapons manufacturer’s murder, but along the way to finding the real murderer, he has something bigger to face!

That is it from today’s post on Top 10 Best Stealth Games Of All Time. If you do not agree with the points in the post and have some of your own opinions, share them with us in the comments section down below. Keep visiting Animesoulking for more information about Anime and Manga.

Chandan is the writer of “Top 10 Best Stealth Games Of All Time”. Also, Connect with me on YouTube and Facebook.