Home Gaming Top 10 Best FPS Games You Might Have Missed 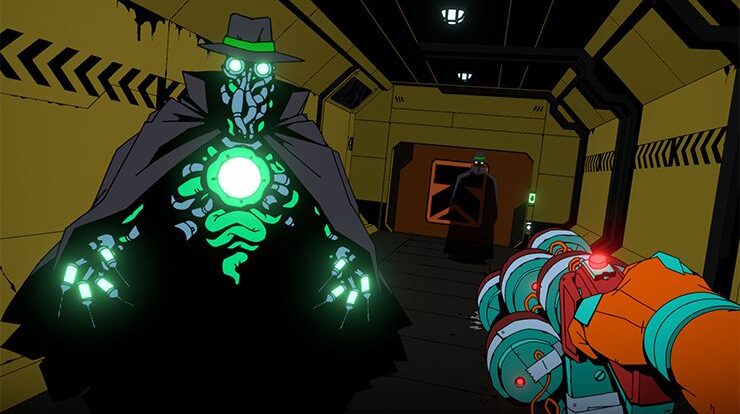 Instead, we’ll focus on some lesser known, but still solid titles. No worries, we’re not gonna dig up some forgotten oldies from their graves. Not this time, anyway. We picked a bunch of recent FPS games that you can play without any hassle. Well, let’s go to the list.

There’s even a stock market where you can… sell human body parts. There’s a lot going on in Cruelty Squad. This game really stands out, not only in terms of visuals, so don’t sleep on it!

Dusk is old-school to the bone! While playing the game, you’ll feel like you’re back in the 90s when shooters were all about simplicity, speed, and fun! There’s not a lot of story in here, but it really doesn’t matter, you’re here mainly to kill stuff.

And there’s a lot of weirdos roaming around, like cultists, legless dogs and…cowgirls! Yup! What’s not to love about a combination of fantastic level design, nice retro aesthetics and non-stop action?

The guys and gals from New Blood Interactive really know their stuff when it comes to FPS games. That’s why another of their games landed on this list. If Dusk is like Quake, Amid Evil is more like Heretic or Hexen. If you don’t know what these are, google them up.

Expect magic weapons and a dark fantasy setting. It looks a bit more modern than Dusk, but it’s still totally old school when it comes to the gameplay part. Totally recommended!

Fun fact: this game was originally called Ion Maiden, but there’s this band with a similar name and they were like “nope, not gonna happen.” They sued the devs and now we have Ion Fury instead. Anyway, if Duke Nukem was a woman, her name would be Shelly “Bombshell” Harrison.

Ion Fury is a solid FPS made with the engine used in Duke Nukem 3D and Duke’s actor even voices the main villain! There’s lots of cheesy one-liners, over-the-top violence and intense action. Damn, this is good!

This game’s as fun as it’s simple! It’s just you against the hordes of nightmare creatures in a big, dark arena! Oh, and it’s probably good to know that it’s ULTRA HARD! It’s one of those games that you love and hate at the same time.

You will get your ass handed to you numerous of times, but you will keep coming back over and over again. ’cause it’s just so damn addictive! Try it – you won’t be able to put it away!

OK, this one’s a mainstream title for a change, but it just went under the radar and never got the attention it deserves, even its Full Clip Edition re-release. While it may not have the best story in the world, it makes up for that with fun gameplay!

Bulletstorm is jam-packed with fast-paced combat sections, funny dialogues, and cool guns to try out. Oh, and there’s also the skillshot system, which basically means earning points for being creative with killing your enemies. It keeps the shooting exciting till the very end!

This one’s another semi-popular game that should be more recognizable. This tactical shooter set in the Star Wars universe makes you a leader of a clone trooper squad. It’s a little slower than the other games here and requires a more tactical approach.

If you want your FPS to have a good story and characters, they’re all here. The writing is good and your squad mates are memorable and genuinely funny at times. Oh, you’re not a Star Wars fan? No matter, you’ll like this game either way!

Okie dokie, back to indie stuff! And here we have Boomerang X from Devolver Digital – a hella fast arena shooter with tight control and mechanics. Think Devil Daggers, but with more colors, a more fleshed-out progression system…and a boomerang. It’s not overly complicated, but still fun and very addictive. It’s also a great game to test your reaction speed. Give it a try!

The design director of this game, Jon Chey, also worked on System Shock 2 and Bioshock. You can easily tell that Void Bastards is influenced by those. This rogue-like FPS will have you travel from one abandoned spaceship to another in order to gather resources to craft gear and upgrades.

The stronger you become, the more powerful enemies you’ll be able to take out, not to mention getting access to more advanced gear. It’s a very fun and satisfying gameplay loop!

Cultic is a dark and brutal FPS where you fight a mysterious cult. It’s fun to play, it lets you handle combat the way you see fit, either by taking things slowly or going in with guns blazing, and looks good, too, all thanks to a combination of old-school graphics and modern lighting effects.

Have you played any of these? Did you like them? Or maybe there are some other less popular FPS games that you recommend?

That is it from today’s post on Top 10 Best FPS Games You Might Have Missed. If you do not agree with the points in the post and have some of your own opinions, share them with us in the comments section down below. Keep visiting Animesoulking for more information about Anime and Manga.