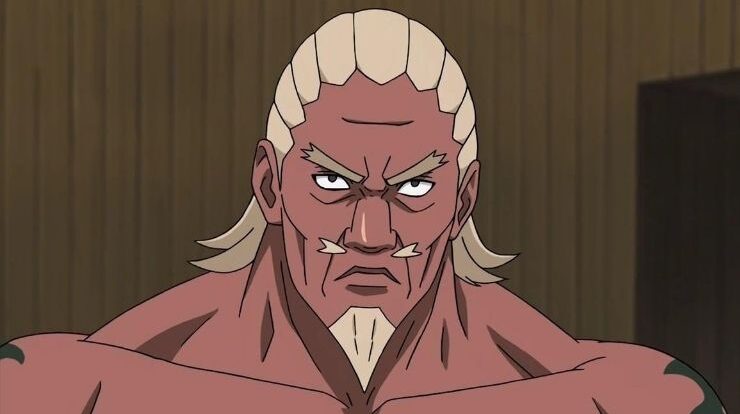 Shisui in his time was one of the fastest and based on pure speed should rank among the fastest characters in the series. His mastery over the Body Flicker technique earned him the nickname “Shisui of the Body Flicker”. He was so fast that, he would leave behind multiple tangible after-images of himself and could seamlessly dodge barrages of projectiles from his enemy and likewise outpace them.

The 3rd Raikage is without a doubt among the fastest characters in the series. He uses lightning to significantly increase his speed through the Lightning Chakra Mode, which gives him inhuman movements. His speed was complemented by KCM Naruto who himself was among the fastest characters at that point in the series and Naruto always made sure not to engage him. It was only with Sage Mode which possesses incredible reactions that Naruto reacted to his speed and took him out.

Hashirama in his time was fast enough to keep up with EMS Madara’s speed and react to the latter’s assaults. We must also consider the fact that he had Sage Mode which greatly enhances the user physically. We saw how fast Madara was when he was reanimated in the war arc (only a few people were faster than him) and Hashirama was able to keep up with that speed in his time.

The 4th Raikage was always one of the fastest throughout the series. He uses the same method as his father “Lightning Chakra Mode” to increase his speed. He was however even faster than his father due to having a 2nd version of the mode which causes his hair to rise. A shinobi as fast as Minato still needed the Flying Raijin technique to evade his punch. Sasuke with the Mangekyo Sharingan couldn’t keep up with his speed at all and had to use Susanoo and Amaterasu to protect himself. It took Naruto’s fastest shinshin in KCM to evade his punch. His speed was complemented by Madara, with Madara only keeping up due to Sharingan’s precogintion.

Rock Lee, by adulthood is able to open 7 of the 8 Inner Gates. As a Genin Lee’s speed with only the 5th Gate was so much so that, he overwhelmed Gaara throughout their battle, with Gaara only surviving due to his sand armor which protects him. In the war when Gaara saw Guy’s speed in 7th Gate, he was in awe referring to such speeds as inhuman. This was after he had seen the 4th Raikage’s speed during the 5 Kage battle against Madara. This implies the 7th Gate is faster than the 4th Raikage and Lee at this point in Boruto can open at least 7 Gates.

Obito as the Ten Tails Jinchuriki couldn’t use Kamui, but he was still physically faster than anyone at that point. He could blitz the likes of KCM Naruto, and the reanimated Kage with ease. It took Tobirama and Minato using the Flying Raijin with coordinated attacks from Naruto and Sasuke to land hits on him. He was easily keeping up with the movements of Naruto in Bijuu Sage Mode and Sasuke with the Eternal Mangekyo Sharingan and fending off their attacks like nothing.

Madara was always fast, but became much faster as the Ten Tails Jinchuriki. Easily reacting to Minato’s Rasengan and evading all of 7th Gate Guy’s attacks. He was slower than 8th Gate Guy but still managed to react to some of his assaults and protect himself with the Truth Seeker Orbs Shield before the latter’s attacks landed. He was able to block initial Six Paths Sage Mode Naruto’s blitz and could keep up with the coordinated attacks of Naruto and Sasuke.

Guy with the 8 Inner Gates open makes him ten of times stronger and faster than the 7th Gate. He was so fast that Ten Tails Jinchuriki Madara, although could follow some of his movements, couldn’t keep up with a majority of them. He continuously got faster with each attack and his final attack Night Guy was so fast and dense that, it was capable of bending space and while Madara saw it coming, he wasn’t fast enough to move out of the way.

Sasuke with his teleportation jutsu is one of the fastest characters in the series, but unlike the other users of space-time ninjutsu, he’s still among the fastest without it. In the war, he was fast enough to chase after Madara and cut him in half with Madara unable to move out of the way. He continuously got faster after that. In the last movie only Kakashi realized his presence after he destroyed the meteorite. In Boruto he could keep up with Kinshiki’s taijutsu and speed and was able to keep up with Momoshiki’s speed. It also seems he is able to use lightning to increase his movement speed.

Upon obtaining Kyuubi Chakra Mode, Naruto became one of the fastest in the series. It allowed him to dodge the 4th Raikage’s fastest punch, prompting the latter to compare his speed to that of Minato. Naruto continuously got faster with Bijuu Mode, Bijuu Sage Mode. With Six Paths Sage Mode, he boasts the fastest movement speeds in the series outside of teleportation. His pure speed at times appears as teleportation. Able to instantly react to and dodge Madara’s Fang of light attack, sense and dodge Kaguya’s blindside space-time ninjutsu and later could blitz and cut off Kaguya’s arm. He had no problems keeping up with Momoshiki’s speed in Boruto and outdid him in a short hand to hand duel.

That is it from today’s post on Top 10 Fastest Naruto Characters. If you do not agree with the points in the post and have some of your own opinions, share them with us in the comments section down below. Keep visiting Animesoulking for more information about Anime and Manga.

Chandan is the writer of “Top 10 Fastest Naruto Characters”. Also, Connect with me on youtube and Facebook.