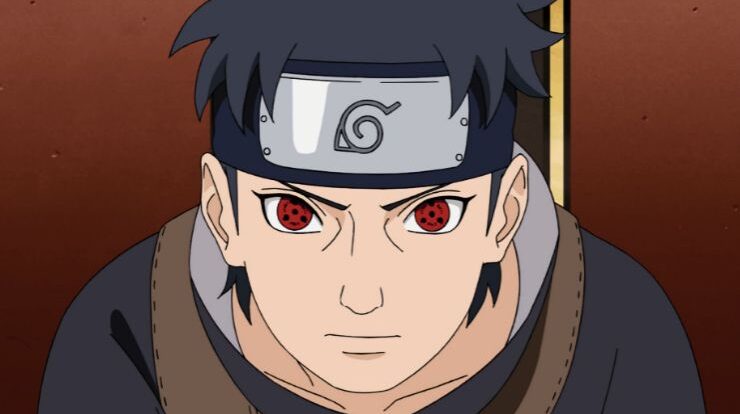 Shisui was able to use Fire, Lightning and Wind Nature Transformations with incredible prowess over fire style as it is with every other Uchiha. He was also remarkably skilled in kenjutsu, wielding a sword which he always used in battle. His skill in Shurikenjutsu, was on the level of Itachi’s.

Shisui possessed the most powerful Sharingan Genjutsu in the series “Kotoamatsukami”. This technique allowed him to enter a person’s mind and manipulate them by giving them false experiences, making it seem as if they were doing things on their own free will; the victim wouldn’t even notice they were being manipulated. His genjutsu prowess was said to surpass even Itachi’s.

Shisui was very skilled in Taijutsu, greatly enhanced by his Sharingan which improves reflexes and reactions, as well as the Body Flicker technique which will allow him to outpace his opponents and handle them in a hand to hand battle. His taijutsu allowed him to defeat Itachi in several sparring matches which were mostly taijutsu oriented.

Shisui wasn’t known for his physical strength. We can however make some speculations regarding that aspect of him. He was a Kenjutsu user and as always Kenjutsu users must possess a certain degree of physical strength which will allow them to wield their swords with ease and with great flexibility, while striking their opponents with enough power to take them out.

Shisui was a very talented shinobi and skilled ninja, even by the Uchiha clan’s standards, lauded even by Itachi himself. His abilities allowed him to rise to rank of jounin four years into being a shinobi and eventually a captain of his own squad. Being able to master the Body Flicker technique and use it in different ways unlike any other. A testament to not only his skill but intelligence.

Like Itachi, Shisui was able to summon a flock of crows to aid him in battle. While it doesn’t seem like much we could see that it was a very useful technique for Itachi. It can be used to feint and trick the opponent and Shisui being very skilled must have been able to use it on the same level as Itachi could.

Nothing is said about Shisui’s chakra, but being an Uchiha, he must have possessed strong chakra with chakra reserves being above average at least. We cannot say much else.

As with chakra reserves, we cannot really determine how much Shisui could endure in battle (stamina). It should be above average as well though.

We can see that Shisui was up there in stats and is certainly among the strongest characters in the series. Let’s continue to determine how strong he is.

What Tier is Shisui Uchiha?

Shisui was very skilled and talented, known and feared among the Five Great Nations. This was mainly due to his speed and lethal genjutsu. Because we don’t know much about him, he could at times be either overrated or underrated. I will put him at “High Kage” tier due to his genjutsu and speed. His genjutsu was the strongest of all second only to Infinite Tsukuyomi and he was certainly among the fastest characters in the series. A combination of these certainly makes him a threat to most people in the High Kage Tier.

I think the strongest person Shisui can beat is Itachi. He knows most things about Itachi and he is a match for him in skill and talent. He will also be the victor in a genjutsu battle. As per canon Danzo had already defeated Shisui by using Izanagi, so Danzo is the weakest who can beat him. Mangekyo Sharingan Sasuke also can, if his Mangekyo will allow him to break out of or avoid Shisui’s genjutsu.

That is it from today’s post on How Strong is Shisui Uchiha? If you do not agree with the points in the post and have some of your own opinions, share them with us in the comments section down below. Keep visiting Animesoulking for more information about Anime and Manga.

Chandan is the writer of “How Strong is Shisui Uchiha?”. Also, Connect with me on youtube and Facebook.